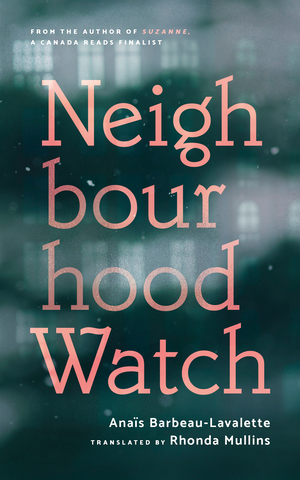 Anaïs Barbeau-Lavalette began writing Neighbourhood Watch as the basis for her film The Ring, so it has the visual feel of a movie. It is gritty and raw, but also tender towards the characters, who she calls “les battants” – the fighters. Le Devoir notes this in its positive review: “The author manages to account for the reality and the inner world of each without pity. And without ever passing judgment. Even parents, she shows in their distress rather than condemning them.” Neighbourhood Watch is translated by Rhonda Mullins, who was also the translator of Barbeau-Lavalette’s acclaimed Suzanne, which was nominated for the Best Translated Book Award.